Mustafa at your service 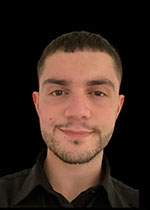 Soleur is a town, a municipality, and the capital of the canton of Solothurn in Switzerland. It is located in the north-west of Switzerland on the banks of the Aare and on the foot of the Weissenstein Jura mountains.

The town is the only municipality of the district of the same name.

The town got its name from Salodurum, a Roman-era settlement. From 1530 to 1792 it was the seat of the French ambassador to Switzerland. The pedestrian-only old town was built between 1530 and 1792 and shows an impressive array of Baroque architecture, combining Italian Grandezza, French style, and Swiss ideas. The town has eighteen structures listed as heritage sites.

Agriculture, once the dominant sector of employment, has become almost non-existent. Most people today are employed in manufacturing and education.

The official language of Solothurn is (the Swiss variety of Standard) German, but the main spoken language is the local variant of the Alemannic Swiss German dialect.