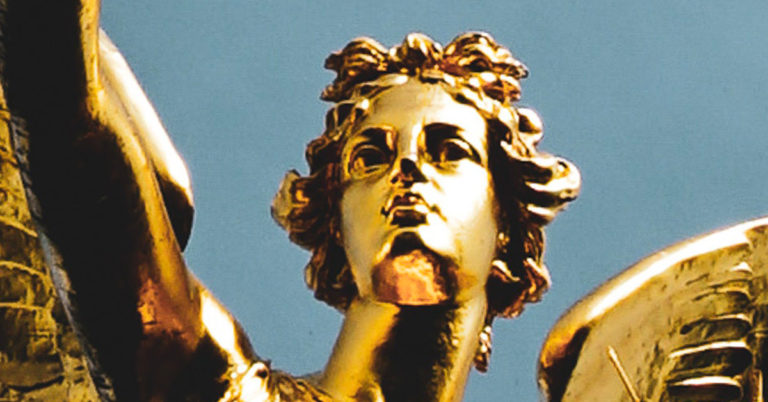 A team of archaeologists has uncovered about 20 gold leaves showing couples hugging.
Researchers hope to discover their meaning.

After spending 13 centuries hidden from view at the Aska site in Sweden, these fragmented
gold leaves raise more questions than they answer.
Archaeologist Martin Rundqvist of the University of Lodz in Poland reported on this recent
discovery.
The fragility of these objects requires extreme care in order to unfold them with delicacy. A
goldsmith, Eddie Herlin, was called in to help so as not to break or distort the precious gold
leaves.
Once this step was completed, the researchers discovered images of couples embracing.
These objects were probably gifts offered to a sovereign. They were attached to the roof
supports near the royal throne.
One of the hypotheses concerning these figures indicates that they were deities, as the rulers of
the time claimed to be of divine descent.
Carbon dating of the objects surrounding the gold leaves shows that the site would have been
established between the years 650 and 680 of the common era. The building was then
meticulously dismantled in 940, with no sign of violence or battle, further thickening the mystery
surrounding the Aska site.
The story of these divine figures drawn on the gold leaves will undoubtedly require further
discovery to learn more about their true meaning.
The presence of gold artifacts is not uncommon, coming from different regions, often far from
Sweden. It is further evidence of the trade routes across Europe and the East, from North to
South and from East to West

Why is gold precious?
370-year-old gold ring discovered in the UK