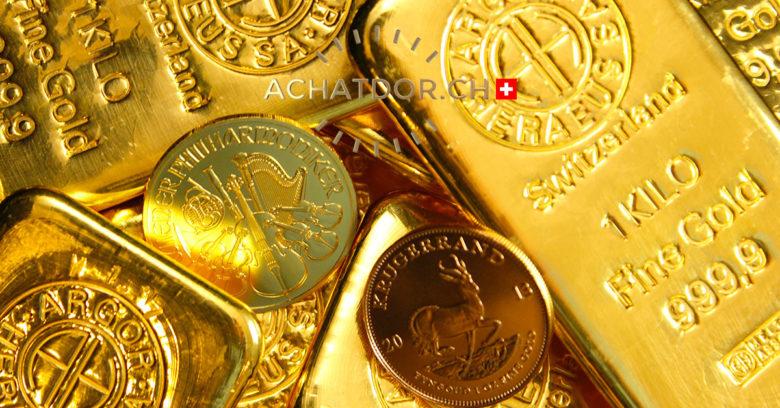 Before discussing the history of gold bullion, we must first agree on the definition of the term “gold bullion”.

The imagination naturally leads to picture a gold bar as an imposing bar of yellow metal. However, the technical definition of gold bullion is broader, and includes coins as well.

In our short history of gold bullion, we will restrict the definition to that of a refined gold bar, which must be over 99.5% pure.

What is the origin of the gold bar?

The discovery of gold was an important event for the first great civilizations because of its main property: its ability to retain its luster over time. No oxidation damages the precious metal. The ancient Egyptians, always in search of eternity, had understood this and had made the yellow metal their ally in death. Nevertheless, to find the origin of the gold ingot requires to dive into the mists of antiquity. Some historical references attest small gold bars of 14 grams in Mesopotamia, 5000 years ago, so nothing comparable with what we imagine to be an ingot.

It is in Lydia, located in the current Turkey, in the 9th century before the Christian era, that the monetary role of gold will emerge. One of the first traces of a mention of gold ingots can be found there. Legend has it that the last king of Lydia, Croesus, donated 117 gold bars to the temple of Apollo.

The adventure of the ingot continues with the Romans. Tacitus, who lived in the 1st century, reports in his “Annals” how Cesellius Bassus would have tried to win Nero’s favor by claiming to know where large reserves of gold were located in the form of primitive ingots.

Fast forward several centuries, and London takes center stage. During Brazilian mining, the yellow metal arrived in England in the form of bars, as the writings of the time attest. Around 1750, an attempt was made to standardize the gold bar, which led to the 200-ounce bar in 1810. By the end of the 19th century, the 400 ounce standard was popularized, with London still playing a central role in the establishment of bullion measurements.

Although gold ingots can be obtained in various forms, those weighing 400 troy ounces, the equivalent of 12.4 kilos, are still the standard today.

1972 – 2022 : Audemars Piguet celebrates fifty years of its Royal Oak series
A history of the gold coin