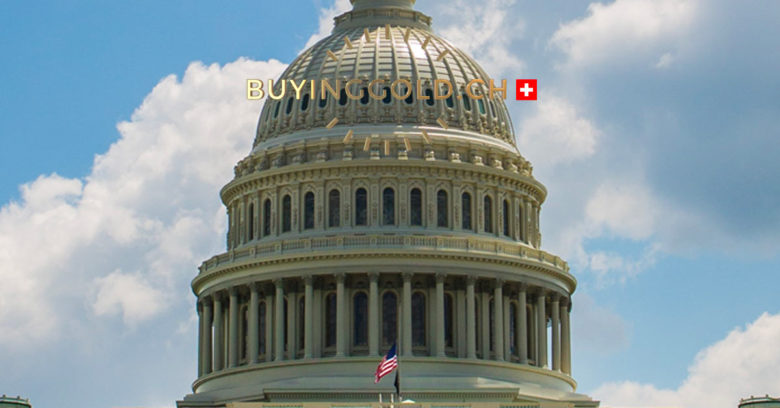 Measuring the gold reserves of the U.S.A. is also to understand the economic and financial strength of the world’s leading power.

The figures can indeed be mind-boggling. With more than 8100 tons of gold, the United States is well ahead of the second largest gold reserve country, Germany, which has more than twice less.

If American history is not the only one to be so intrinsically linked to the precious yellow metal, its accumulation constitutes, with oil and its geographical location, one of the three pillars of American domination since the end of the 19th century.

More than two thirds of this gold is located at Fort Knox in Kentucky. Is it still necessary to present Fort Knox, whose legendary status has been the focus of novels and films, the most famous of which is Goldfinger, in which James Bond must avoid the contamination of the American strategic gold reserves, which would mechanically lead to a rise in the price of gold, including that owned by Goldfinger.

The three other American reserves are located at West Point, also in Kentucky, Denver in Colorado and, to a lesser extent, in New York, as well as scattered throughout the federal reserves in the country.

The question is, where does this gold come from? The natural answer seems to lie in the West of the continent is the famous gold rush of 1849. However, without ignoring the gold discoveries in the states near the Pacific coast, and keeping in mind that today the United States is still the fourth largest producer in the world, the reality is quite different.

In the 1930’s, faced with the crisis of 1929, the American president had imposed on all citizens to sell their gold to the federal state, so that it could devalue the dollar against gold. As a result, the price of gold soared. However, most of the gold in these reserves does not come from American citizens, but from Europe. As the price of gold has risen, gold has been flowing in from Europe to take advantage of such a windfall.

For all your gold buying needs, there is no need to go knocking on the door of the US Federal Reserve. buyinggold.ch is closer to you.

Japan revives its past as a gold producer
China, the world’s largest possessor of gold?