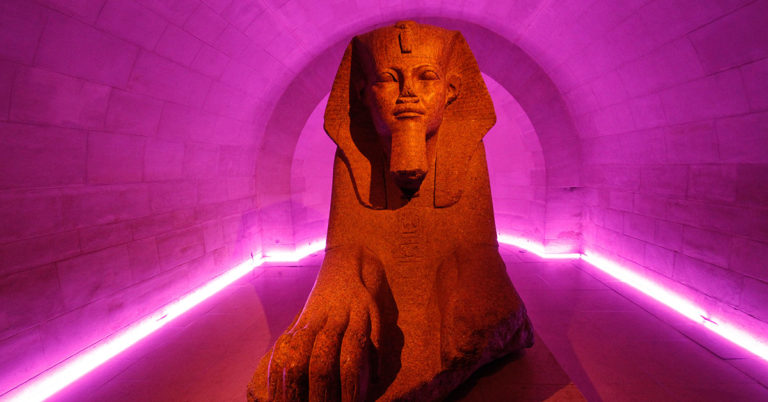 Treasures hidden in an Egyptian tomb from the Pharaonic era reveal the people’s passion for gold. Few civilizations have had such a strong connection with gold as ancient Egypt. The fascination that the yellow metal exerted on the ancient Egyptians has few equals in history. Religion, divinity, life after death, power, are all factors explaining Egypt’s passionate relationship with gold.

To appreciate the value that the Egyptians gave to gold, one must understand that according to them, the skin of the gods was made of gold, and their bones of silver, in particular the sun god Ra, whose color was in perfect harmony with that of the precious metal. Representations of the deities always showed them covered with yellow and gold skin.

Thus, gold was not used as a bargaining chip, and its use was reserved for the elite of Egyptian society.

The properties of gold, which allowed it to remain unaltered over time and its brilliant yellow appearance, were therefore important factors for the Egyptians who were attached to the notion of eternity, and to the solar deity.

Few Egyptian tombs have captured the imagination as much as that of the young pharaoh who died at age 19.

His posterity, he also owes it to luck. Indeed, when the tomb was discovered in 1922, it was not desecrated, and looters did not have the opportunity to steal the treasures from it.

For the pharaohs, gold is therefore essential to be accompanied by these objects in the life after. Tutankhamun is no exception. The most important element remains the gold funerary mask, weighing a total of 11 kg and 54 cm in height.

The richness of this tomb gives us a glimpse of what the splendor of ancient Egypt could have been, and of its fascination with gold.

Alchemy: the art of transforming lead into gold
Gold, a rare metal?