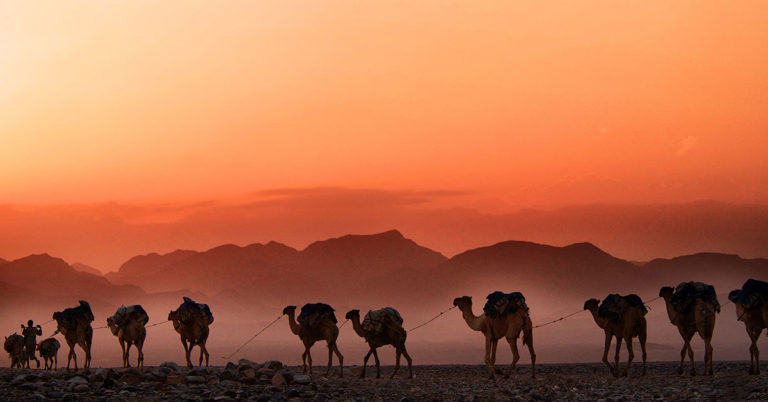 The history of gold is not only made up of conquistadors and treasures hidden in pyramids, but also of the economic impact that some leaders have had on their time.

The Emperor of Mali Mansa Musa the 1st is one of these men. Musa’s particularity is that he is almost systematically classified as the richest man who has ever lived in history.

To measure his fortune, you have to travel back in time, to the 14th century, in Africa, under the reign of this African emperor. He built his power on the exploitation of gold mines, which made Mali the first producer of the precious yellow metal in the world at the time.

The impact of Musa’s fortune can only be measured by remembering a particular episode in his life : his pilgrimage to Mecca and the catastrophic consequences of his fortune while visiting different regions of Africa and the Middle-East. Thus between 1324 and 1325, the emperor organized this trip, accompanied by 60,000 men, including 12,000 slaves each carrying 1.8 kg of gold, and 80 camels on which were placed bags of gold, weighing between 23 and 136 kg per animal.

Musa’s generosity, who distributed this fortune throughout his pilgrimage, led to a drop in gold prices, especially in Cairo, Medina and Mecca.

The Middle East had to wait about ten years before it could recover from the journey of the richest man in history.