Home » News » Psyche 16, the asteroid made of gold 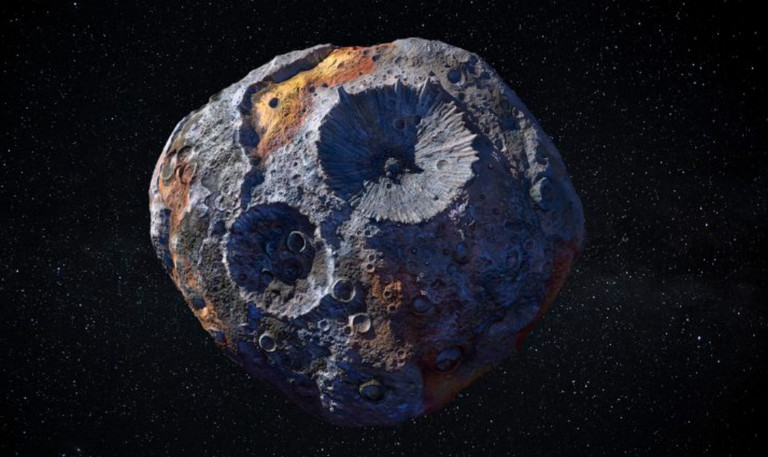 Could a future gold rush take place in space? This is the question that some people are asking themselves in NASA. Thus, the asteroid Psyche 16, discovered in 1852 by the Italian astronomer Annibal de Gasparis, could contain more gold than the Earth would need for centuries to come.

Bringing all this gold back to our planet would not necessarily be a good idea for the global economy and finance. Gold had nevertheless remained a safe investment, the arrival of such a quantity of yellow metal would have disastrous consequences on monetary and financial balances.

At the current gold price, 700 quintillions of gold would arrive. To give an idea of the amount this represents, the total world wealth in 2018 was 317 trillion dollars, or 2.25 billion times less than the value of the gold contained in the asteroid Psyche 16.

This astronomical (that’s the word!) amount would not last very long because a spill on the markets of such an amount of gold would immediately drop the value of the metal whose rarity would be weakened.

Another problem is how to exploit such a deposit located billions of kilometres from Earth, by sending equipment and ensuring an attractive return on investment.

In the meantime, NASA wants to send a probe in 2022 to land there in 2026 to explore this giant nugget.