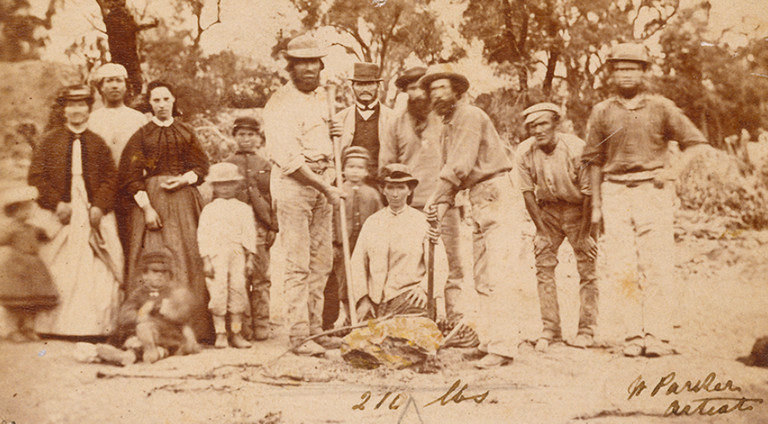 A Charlie Chaplin’s film from 1925 was called “The Gold Rush” in reference to the famous Gold Rush of the mid-19th century.

Indeed, for eight years, between 1848 and 1856, a real fever broke out in the western half of the North American continent, and inCalifornia in particular.

It all began when in January 1848, at Sutter’s Mill, when James W. Marshall discovered yellow metal fragments. It was quickly confirmed that it was indeed gold. Within a few months, the news would be answered like a powder trail, making the front page of the press.

As early as 1849, waves of gold miners from the United States rushed to San Francisco, California. It is estimated that a total of 130,000 people arrived in the region this year. These migrants were called the Forty-niners, in reference to the famous year 1849.

The memory still remains in San Francisco, with the name of its American football team, the Forty-niners.

If before the rush, the Californian coastal city was inhabited by a thousand people, in a few months its population had reached 25,000 individuals.

However, by 1850, nearby resources were almost exhausted, and gold panners were forced to extend their search area. In addition to this gold shortage, there were tensions between Americans and migrants from abroad, more specifically from China and Latin America, during the gold rush.

In less than a decade, California has become, thanks to the gold and wealth dreams of its people, a centre of global migration, and undoubtedly, this state would not be what it is today without the precious yellow metal.

Gold’s amazing properties
Psyche 16, the asteroid made of gold