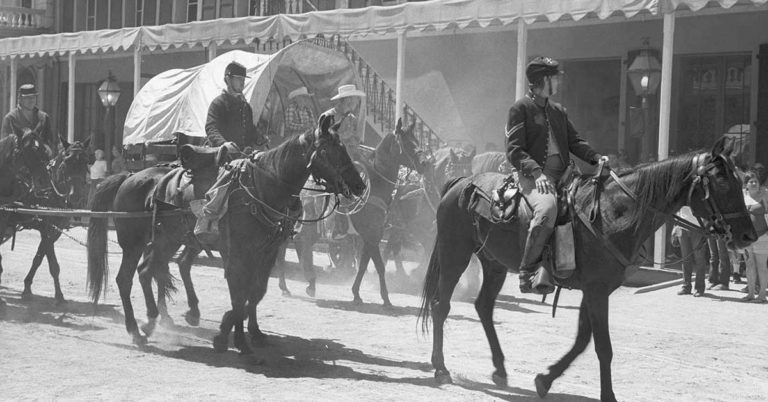 It all started on a beautiful day in 1848, in a small Californian town called Coloma, located a few dozen kilometers east of Sacramento. Entrepreneur Johann August Sutter had just decided to build a sawmill, Sutter’s Mill. As the constructions were moving forward, one of his employees, James Marshall, who was digging the arid land of the area, stumbled upon on the first gold nuggets! It would be more precise to refer to this as a rediscovery since many American Indians have been aware of the existence of these bright stones for which they did not have any particular interest.

The fact is that the news spread at full speed, thanks to the telegraph, and made tens of thousands of apprentice gold miners rush to California, driven by the dream of making a fortune. The first American gold diggers did not hesitate to cross the continent from East to West, traveling up to 3000 kilometers on foot, by cart or by mule in the absence of a railway at that time … The gold rush was still growing with the arrival of Europeans by boat. Meanwhile, Johann August Sutter, who could have become one of the richest men in America, ran out of luck. Unable to assert his rights over the lands he claims to own in and around Coloma, he is dispossessed and ends up ruined.

In total, the Gold Rush has pushed more than 300,000 dreamers (Americans and foreigners alike) to travel to California. Although the gold rush only lasts about 8 years, from 1848 to 1856, gold remains in the United States. It is estimated that less than 20% of the reserves has been exploited so far… The stock of precious metal remains however extremely difficult to extract as it is deeply buried.