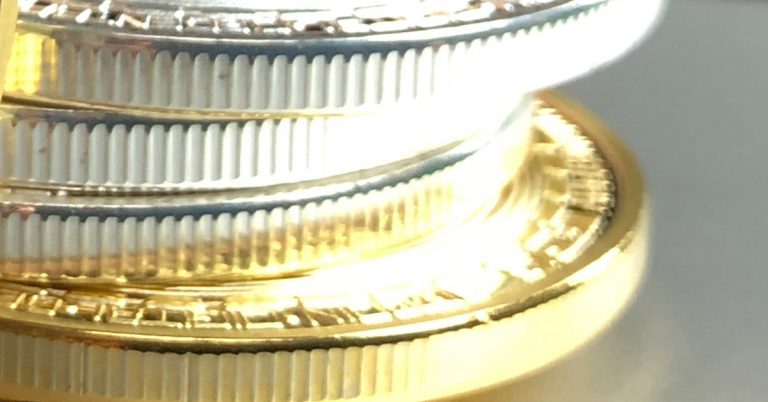 The evolution curves of their prices strongly resemble each other. Between gold and silver, it’s a distant love story that has its ups and downs. And to know when to invest in one or both of these metals, analysts rely on the gold to silver ratio. To calculate it, you simply have to divide the price of gold by that of silver. The number obtained then corresponds to the number of ounces of silver needed to buy a single ounce of gold. For numerous centuries, the ratio has been a great thermometer for the world economy, on which the prices of the gray metal depend (while gold remains a safe haven), but also for the relative strength of the yellow metal with respect to money. Since the beginning of the twenty-first century, the gold to silver ratio has been around an estimated average of 61, the latter having exceeded 80 during the 2008 crisis.
But how does the gold to silver ratio tell us when to buy gold or silver? In truth, the rate coefficient of the two precious metals is a valuable indicator for long-term investment. Analysts say that when the ratio is high, it is better to go for the yellow metal since it means that the price of gold increases faster than that of silver. On the other hand, the gray metal must be bought when the ratio is low. But when this quotient exceeds 75, it becomes interesting to buy both gold and silver. Investors who have already invested in one of these two precious metals, it becomes interesting to exchange their silver for gold when the ratio gold to silver drops, and vice versa when the ratio increases. However, beware of commission fees as they must be taken into account in transactions!

On the gold market, patience is the mother of all virtues
When geopolitics influence the price of gold